Brandt Lecture 2022: The “Golden Age of Multilateralism” Has Come to an End

On June 14, 2022, Dr. Almut Wieland-Karimi, the Executive Director of the Center for International Peace Operations (ZIF), joined the University of Erfurt to give the Brandt Lecture 2022: “After Afghanistan and Ukraine – What About Multilateralism?”

In her Brandt Lecture, Dr. Almut Wieland-Karimi touched on several highly relevant aspects of the current debate around multilateralism. Over the past 30 years, the international system has been dominated by a multilateral model that is institutionalized in the form of organizations such as the UN, the WTO, or the World Bank. Dr. Wieland-Karimi calls those 30 years, “the golden age of multilateralism” and she asserts that this period has now ended.

Although a value-based and principle-guided international system have been the vision of many former leaders, one former German Chancellor stood out in particular. A “world of global domestic politics” is what Willy Brandt described as his vision for an international system and in his famous Nobel Peace Prize acceptance speech, he claimed that

“under the threat of mankind’s self-destruction, co-existence has become a question of the very existence of man. Co-existence became not one of several acceptable possibilities but the only chance of survival.” (Willy Brandt, Nobel Lecture, December 11, 1971)

Dr. Wieland-Karimi took this quote as an inspiration in order to introduce her understanding of multilateralism in today’s world. She began her talk by explaining that multilateralism does not only include the participation of multiple states in decision-making processes, but it also involves the representation of non-state actors (for example civil society organizations). She furthermore discussed the foundation of multilateralism, with is values and shared principles. Based on this foundation, Dr. Wieland-Karimi asserted that the more dedicated states are to those values, the more successful multilateralism is.

In Ukraine, Dr. Wieland-Karimi explained that since 2014, multilateral institutions such as the OSCE and the EU have been present in order to facilitate a cease-fire and foster institutional development. Yet these multilateral institutions did not prevent Russia from invading Ukraine. Dr. Wieland-Karimi explained this phenomenon through the various interests that differ enormously between Western nations and the BRICS, and more generally the countries of the Global South. Trade relations, military dependency, or other national interests ward off countries, such as India or China, to condemn Russia’s recent war. When broadening the perspective to other countries, one can find many nations to be effectively non-aligned with any of the conflict parties. However, as the influence of China increases worldwide, some countries, especially in Africa, struggle to come up with an unambiguous position. Dr. Wieland-Karimi also characterized China’s growing influence as a facet of multilateralism. China’s goal is to increase its presence in traditionally western institutions and assume a stronger role in a global context.

Dr. Wieland-Karimi concluded that multilateralism faces limits when it comes to addressing humanitarian disasters or other global challenges. In her eyes, the way forward should be to focus more on tangible improvements rather than attempting to change an entire global system. Examples could be to use all diplomatic means possible to end the blockade of wheat exports from Ukrainian ports. She also mentioned in the conversation that followed with students that this could also mean that non-traditional mediators could come into play. In the context of Ukraine, this role could be taken over by Turkey or Israel. That said, Dr. Wieland-Karimi made clear most countries do not reject multilateralism as a system. Different nations simply have very different perspectives and interpretations when it comes to multilateral institutions. The current struggle of multilateralism can hence be explained as one set of countries that tries to uphold the “old rules” of an international order, while other countries currently attempt to rewrite them. 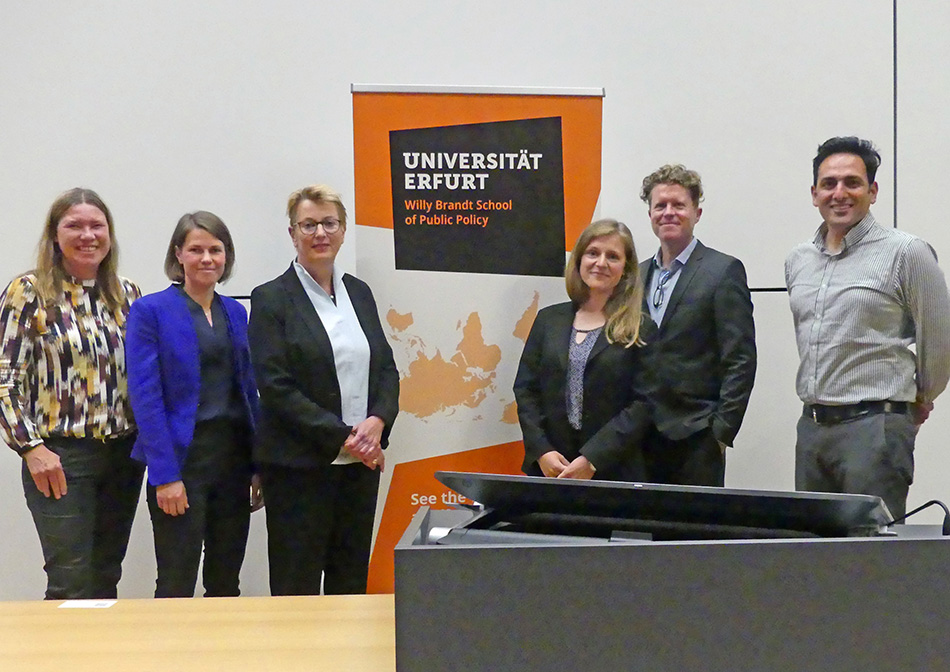