West by South (the GDR in Northern Berlin)

A study of the border region Brandenburg-Berlin in the north of Berlin (Lübars, Blankenfelde) near the lake Köpfchensee, which used to be the border GDR-West Berlin-East Berlin. We compare photo material from the mid 1980s and 1990 with the landscape at the end of 2020, pointing to the remaining patrol path (germ. Kolonnenweg), now a path for joggers, bicyclists, and people taking a stroll, e.g. to a pony riding opportunity not far away, and less noticeable traces of the double wall which separated East from West in a political sense. Here, the border was on a north-south line, thus creating a clash between the geographical and the political "West". In addition, it is one of the cases where the actual border at the river differed from the placing of the wall. The complete inconspicuousness of borders and thirty years of tree growth make the GDR invisible if one does not know of the history of the patrol path. Our film material illustrates the past and present of this configuration.

West by South (the GDR in Northern Berlin) 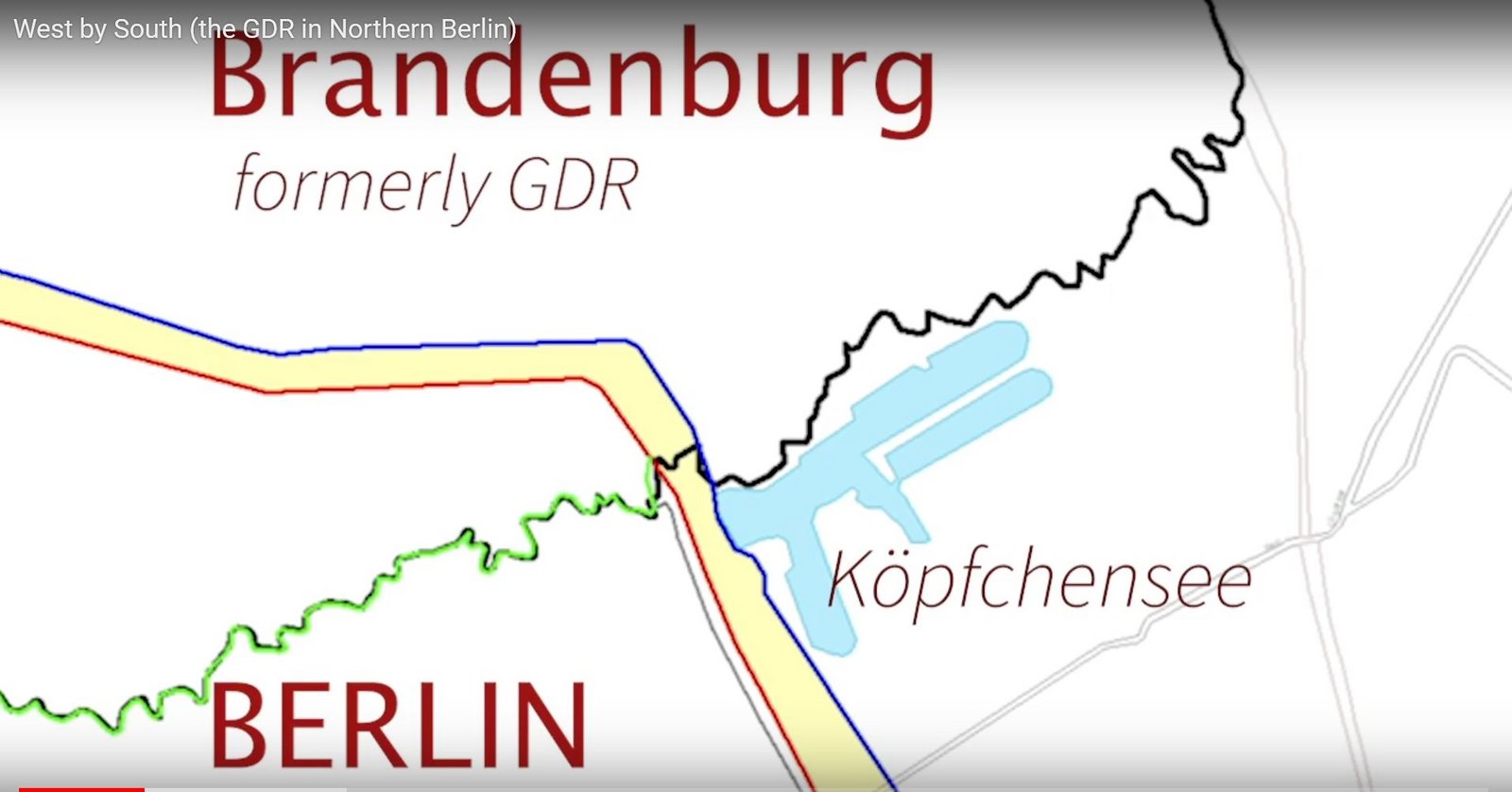